It’s an old cliché but the new album by The Dust Coda “Mojo Skyline” really is all killa no filla. With soulful bluesy vocals from John Drake and killer riffs, each song stands out as a classic. The last few years have seen loads of great new British Rock bands coming on to the scene, but personally I think this is the strongest sophomore album from any of them. Classic Rock is alive and well.

It kicks off with the song Demon that tells you exactly what to expect from the album, strong punchy riffs and strong vocals.

The Next single, getting air play on Planet Rock (which is where I discovered them), The Dust Coda brought us “Limbo Man”, an instant hooky riff and chorus you can sing along with instantly. The video for this one was recorded at the Top Gear test track at Dunsfold Park and was directed by Jamie Wanstall.

The Dust Coda’s third release “Breakdown” is described as a cautionary tale about the dark side of show biz. This one was directed by Keir Siewert who had previously worked with the band on the “Let Me Go” video. The song is about selling out in the music business and not staying true to who you are.

“Jimmy 2 Times” is a Lock Stock style caper song and video shot in London. It was directed by Andy Morahan known for Guns N’ Roses’ “November Rain” amongst others.

Mojo Skyline was recorded at Modern World Studios and produced by Clint Murphy who has previously worked with Thunder, Manic street preachers and Devilskin.

The striking album cover was designed by Nick Dwyer, best known by beer drinkers as the designer of the Neck oil and Gammer Ray cans from Beavertown Brewery. The Dust Coda will perform on the prestigious main stage at this years Ramblin’ Man Fair on Saturday 17th July 2021.

Out this Friday the 26th, get your copy of Mojo Skyline here.

Rock News had the pleasure of interviewing Adam from The Dust Coda back in January, read the what they had to say here.

You can check out even more from The Dust Coda below!

Keep ahead of the game by getting all the news from your favourite bands sent straight to your inbox. 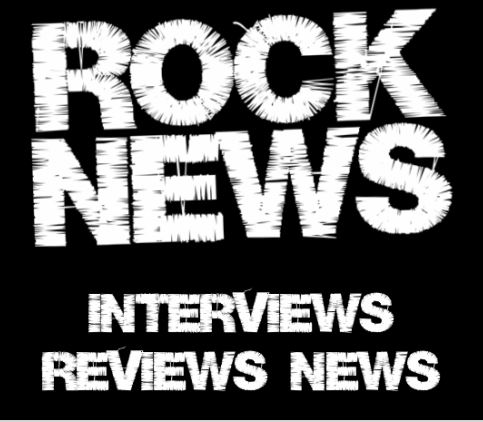 Please fill all the required * fields.

We care about our users privacy and their data

We use cookies on our website to give you the most relevant experience by remembering your preferences and repeat visits. By clicking “Accept”, you consent to the use of ALL the cookies.
Cookie settingsACCEPT
Manage consent

This website uses cookies to improve your experience while you navigate through the website. Out of these, the cookies that are categorized as necessary are stored on your browser as they are essential for the working of basic functionalities of the website. We also use third-party cookies that help us analyze and understand how you use this website. These cookies will be stored in your browser only with your consent. You also have the option to opt-out of these cookies. But opting out of some of these cookies may affect your browsing experience.
Necessary Always Enabled

Any cookies that may not be particularly necessary for the website to function and is used specifically to collect user personal data via analytics, ads, other embedded contents are termed as non-necessary cookies. It is mandatory to procure user consent prior to running these cookies on your website.