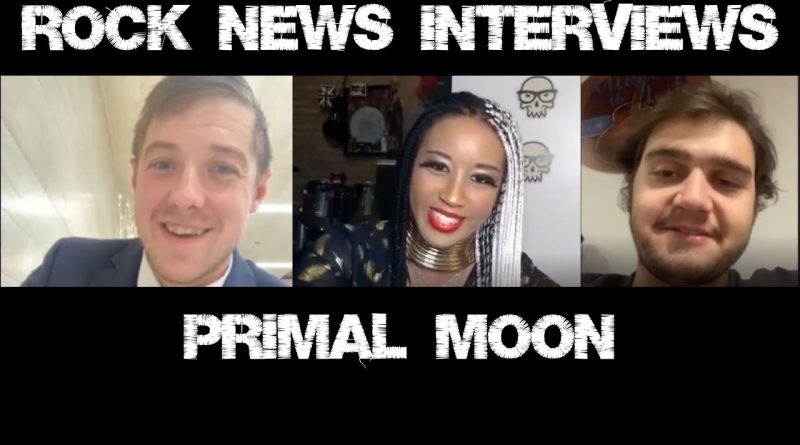 Recently I got a chance to sit down for a chat with lead singer Joe Brunker of a local Chicago band that goes by the name of Primal Moon. Primal Moon consists of Joe Brunker on vocals, guitarist Brian Alberts (Shorewood), bassist Luke Pope (Channahon), and Tony Tessari (Tinley Park) on drums. This four piece has a very distinct blues-rock vibe that really plays well to soulful music connoisseurs, as well as to those who like to get lifted out of their seats alike. I literally at one point paused to ask Joe why Primal Moon wasn’t bigger than they currently are.

Upon contemplating the answer to that question, Joe somewhat appeared to be wondering the same thing I was. I can tell you that I do find it completely impressive how hard local bands work to get the word out about their musical passions. During our conversation, Joe let me in on the fact that he & his band do everything themselves. They have adopted a type of, “Guerrilla warfare,” style of self-promotion. From busking, to flyers, to sign-spinning on corners, Joe will stop at nothing to get what Primal Moon creates to reach more ears. Now that’s passion. In the remainder of the time we had, we also talked about Joe’s musical heroes, his path to recovery from serious addiction, and Primal Moon’s latest self-titled EP.

Better late than never, we were also honored to be joined by Primal Moon bassist Luke Pope. It was a very interesting transition, so do please forgive any hiccups, but it was very lovely to gain Luke’s perspective on some of our questions as well. A vey humble and laidback soul, Luke let us in on what drove his inspirations to pick up a bass guitar & what also he does to wind down during a full moon. All this & more  just as we lost Joe to his phone dying! Luke held his own after Joe’s connection dropped, but luckily Joe was gracious enough to pop back on with us to field the answer to our final question at a later date. To be completely honest, it’s much more interesting to watch it all unfold! You can check out our extensive interview now, as well as everything else Primal Moon at the links below.