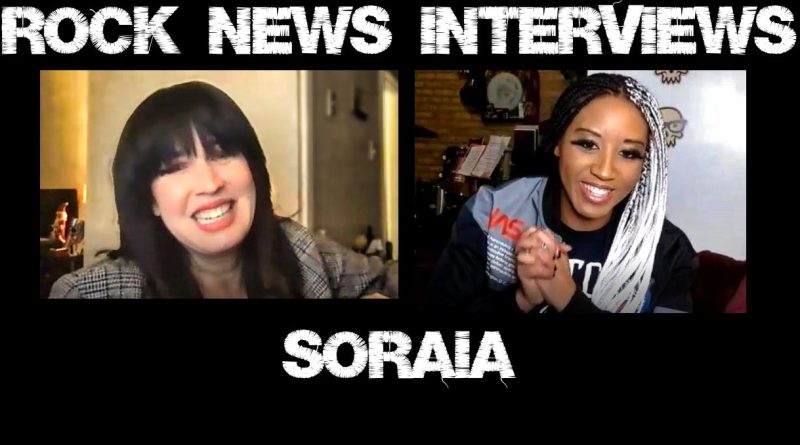 This evening I had the pleasure of sitting down to chat with lead singer Zou Zou Mansour of Soraia. Soraia is a Philadelphia based four piece that consists of ZouZou Mansour (Vocals), Brianna Sig (Drums), Travis Smith (Bass), Mike Dudolevitch (Guitar) & John Hildenbrand (Keys). In the time we had together (that absolutely flew by), we went back to Zou Zou’s Arabic & Egyptian roots through her fathers love of music as well as her own inspirations from Elvis Presley, Johnny Cash, Patti Smith, Kurt Cobain, Joan Jett, & Jim Morrison.

I was really excited to hear that Zou Zou was also a band geek just like I was! She revealed she even went on mall tours and became really passionate about musicals, which is where a lot of her inspirations came from. This and the fire lit that was inspired by Joan Jett, Pat Benatar, & Kurt Cobain’s voices are the kindling that pushed Zou Zou to form Soraia.

Comrade was another driving force behind the formation of Soraia that really struck a chord in every that we covered. The love of music and the passion there-in is truly at the core of what fuels this band. The meaning of Soraia actually translates to a powerful force.

From huge snakes for sale, to touring through Sweden, to the creation of their newest album ‘Dig Your Roots,’ & the new single, ‘Tight Lipped,’ there never seems to be a dull moment when it comes to Soraia. What was truly inspiring were the moments that we touched base on staying true to yourself, powerful women in music such as Sister Rosetta Tharpe, & the fact that Soraia has not one, but two powerful women at the helm with Brianna Sig keeping time on the drums & Zou Zou as the leader of the pack.

If you do anything in the new year, make sure to catch the Rock ‘N’ Roll powerhouse that is Soraia live & in person. Also, you can check out the in depth interview & everything else Soraia at the links below.

Check out even more from Soraia.