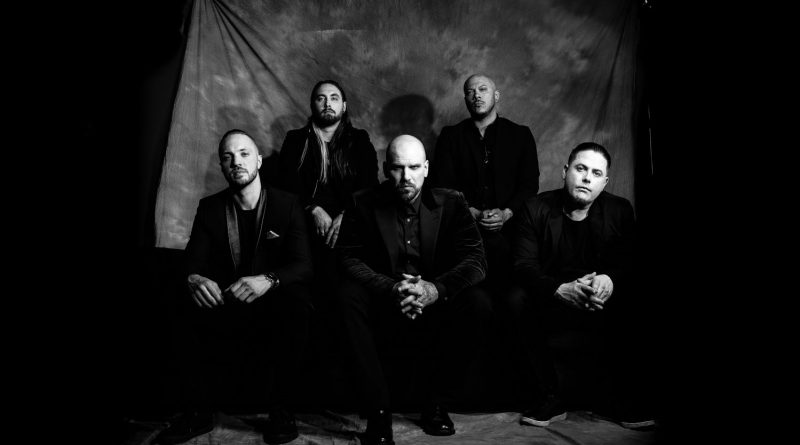 Platinum-selling, chart-topping rock band BAD WOLVES release their highly-anticipated third album DEAR MONSTERS via Better Noise Music, marking the band’s first full-length release with new singer DL. The project was preceded by the release of first single “Lifeline,” last month, which earned rave reviews for the frontman’s powerful vocals. Loudwire wrote, “DL’s vocals help to bring a soaring and uplifting quality to the track.” The song was met with immediate support from radio and sits currently in the top 10 on U.S. active rock radio. Boasting an impressive 1.5B streams globally, the band continues to grow, reaching over 5M streams across platforms for the first single since its release last month. DEAR MONSTERS is now order your copy from Amazon.

To celebrate the release, the band dropped a new music video for album track “If Tomorrow Never Comes.” The song is a reflective statement about whether or not someone needs to make a change in their life, showcasing the band’s poignant lyricism. Other tracks that boast the creative and artistic song writing and musical heights of the band in its current chapter include, “Springfield Summer,” which explores the need to transition from one part of your life to the next and grapples with the uncertainty that brings, and “In The Middle,” a personal piece of music about the mother and father of band guitarist Doc Coyle. Both of Coyle’s parents passed away within the past year, and the song is about wanting another moment you can’t have, and expressing the endless love that will never be forgotten. See full track listing below.

Dear Monsters The new Album by Bad Wolves out now

John Boecklin, co-founding member of Bad Wolves and the band’s drummer, said the following of the new album: “Dear Monsters is an album conceived through a tumultuous 2 year ride. A ride that now represents victory and perseverance as we celebrate its release! Get your hands on this record and dive into our new singer DL, there is a lot to take in and can’t wait for you to hear all of his performances on this one.”

Excited to connect with fans, Bad Wolves are preparing to bring the new album to life on the road next year. They will join Papa Roachand Hollywood Undead for a slate of North America dates. More information on those dates, venues and tickets will be announced soon. They are also set to join Tremontion their European tour starting in January, hitting major markets including London, Berlin, Milan Glasgow, and more.

In June, the band members John Boecklin [drums], Doc Coyle [lead guitar, backing vocals], Chris Cain [rhythm guitar], and Kyle Konkiel [bass, backing vocals] officially welcomed DL as the new lead singer of BAD WOLVES, saying, “DL is one of the most talented and hard-working people we have ever had the pleasure to know.  He is a team player, a creative force, and overall a great human being who fits perfectly with our BW family. It feels incredible to be surrounded with such positive energy and the music we’ve made is certainly reflective of this new-found optimism and collaborative spirit.  This new album shows a more cohesive and unique reflection of the band. There is a lot to prove and expectations are high with a new singer coming in. And we nailed it. We are sure you will agree that this is our best album yet.”

DL has carved out an impressive career for himself over the last 15+ years, most notably as a founding member and lead guitarist of metalcore band The Acacia Strain, in which he was a member from 2001 to 2013. A talented songwriter and producer, he’s also worked on projects with All That Remains, Legion, For the Fallen Dreams, and collaborated with Bad Wolves on their 2019 studio album N.A.T.I.O.N., for which he was credited and where the creative relationship with the band started.

Keeping with the theme of the album and its title – about confronting one’s own demons – the band is partnering with U.K. organization the Anti-Bullying Alliance to shed light on the fight against bullying and advocating for mental health awareness. Next month the organization will celebrate their Anti-Bullying Week, with the theme of One Kind Word. Martha Evans, Director of the Anti-Bullying Alliance, said: “We’re delighted to work with Bad Wolves to shine a spotlight on the impact bullying can have on young people’s lives. We want to spread the message that if you are being bullied or struggling with the consequences of seeing bullying as a child, you are not alone and you can find the support you need.” Fans who watch the music video for “Lifeline” on YouTube will be given the option to participate in the campaign with a link to donate or get involved in other ways. Evans continued: “We’re pleased to be able to work with a band that so many young people look up to, and whose music sends the message loud-and-clear that you don’t have to put up with bullying and you should speak out if it’s happening to you or someone you know.”

Check out even more from Bad Wolves .