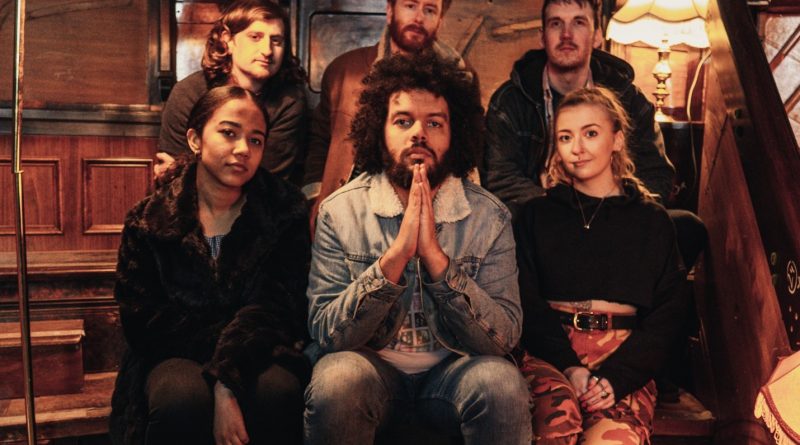 I was lucky enough to meet Matt ( Brownbear ) on tour at the end of 2019 and we have since become friends. I was able to catch up with him recently for a chat…………

What positives have you experienced from lockdown, music wise?

It has given me perspective in  life in general  and in music. I loved touring but I always looked forward to getting home to friends and family and now I am home I cannot see them! I took them for granted and I feel like I missed a lot of life when on the road.

As far as music is concerned, it made me realise that I play music because I love it – commercial success is not important. There should be much more supporting of local bands, especially now. Local radio stations should play local bands and support the micro economy.

It is sad that this does not happen much . Lockdown would be an ideal opportunity to stimulate interest in local talent so that, when then restrictions are lifted, the audience is there and the musicians can earn a living.

I just love music and I want it to be a fair system where everyone can succeed, sadly that is not the case at the moment.

I also think access is easier now. Things that are wrong with the industry are being questioned more and that has to be a good thing.  The broken record campaign is a great example of this. The industry has to find a place for music fans- people who do not rely on national radio and live gigs. People who buy vinyl and have the passion to keep things alive and kicking without external help need a voice and maybe this is the time for that to happen. It would be nice to think so.

Music can reflect society in that every musician, like every person in life, should be able to earn a wage without most of the money going to the select few.

So yeah, lockdown has given me more perspective on an issue that I already felt really passionate about.

Where did the name Brownbear come from?

I used to be in a band called Brownbear and the Bandit. This name came from a footballer called Sandy Brown He was a real hard man on the pitch but used to walk around the local streets with two tiny dogs. People used to avoid them because he was really scary and the dogs just yapped all the time. They became known as Brownbear and the Bandits.

So every time anyone crossed the road to avoid someone that they did not want to talk to it was “ brown bear and the bandits!”

I just kept the name Brownbear – I really liked it. I think it’s kind of friendly and welcoming.

Tell me about your album “ What is home?”

It is really all about trying to figure out my place in the world. I grew up in Scotland, a mixed race kid of Nigerian decent so the album is a celebration of all of my heritage and background. The make up dots is also a bit of a homage to that. We are all just trying to figure out who we are and the album was my way of doing that.

I am very proud of the album. It was me doing something that I really wanted to do as opposed to what other people thought I should do. The record is basically me – it has a lot of me in it . Seeing the vinyl pressing with me on the cover was a massive deal because I am such a vinyl fan.

When Retro came out ( a single released after the album of a new song) that was even more like – this is me. Retro was probably the first release that sounded and was EXACTLY how I wanted it

You are a man of many talents. What else are you working on at present?

I have about 20 songs ready to choose from for a new record which will hopefully be out later in the year. I am writing for other people, songs or whole music scores and I hope to start shooting on my first short film some time in April. Lockdown has partly made me and partly just allowed me to explore different things as live music is just not an option at present.

What is you earliest musical memory?

I was a very young boy- about 3 maybe and still at nursery- and I saw Michael Jackson on TV. It would have been the Jackson 5, maybe around Christmas time. I wanted to change my name to Michael and I tried to dance like him!

I grew up in a household where music was always playing. My dad listened mainly to Blues and Rock and my Mum was more into Soul but I think the Jacksons was a real strong memory from a very early age. Plus church music as my Mum was very religious. I basically listened to loads of different stuff and was encouraged to do so.

Who is the best live act you have ever seen?

Stevie Wonder. Can you name one person that is better than him? There aren’t many are there! When you see someone like Stevie Wonder you’re seeing history . His voice and his performances are just amazing. He made me want to be a musician, a performer- him and Michael Jackson.

Anderson Paak. He is just the coolest guy on planet earth. If you want somewhere to start then check out the NPR stripped back live stuff – people performing just them and no production etc is just magic.

Have you any live online stuff to fill the live void?

I would like to do an exclusive live thing for the dedicated fans where I could play them all my new songs and get opinions on them – I know what they mean to me but it would be really interesting to hear what they mean to others.

Also, I would like to do a live album show even if lockdown restrictions are still with us. If it means that we have to do something a bit different then so be it – a live audience would be amazing but if not then set up in a venue with proper production and do a real show. It would probably be loss making but it’s important to put stuff out there in my opinion……

This article probably doesn’t do justice to the 3 hours chat we had but it at least gives a flavour of the passion of a great guy who loves music and whom I cannot wait to see play live when all this Covid stuff is over!

Brownbear music is available from Assai Records ( Dundee and Edinburgh) and online through their website. The album “ What is Home?” is available on cd and vinyl, whilst the subsequent single “ Retro” is a download only  An actual Brownbear online store will be coming soon !

You can check out even more on Brownbear below!

We use cookies on our website to give you the most relevant experience by remembering your preferences and repeat visits. By clicking “Accept All”, you consent to the use of ALL the cookies. However, you may visit "Cookie Settings" to provide a controlled consent.
Cookie SettingsAccept All
Manage consent